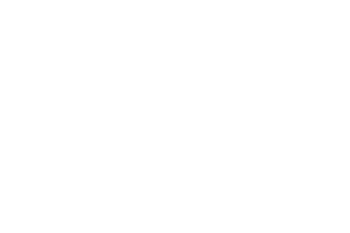 Established in the early 20th century, this area is graced with National Historic Landmarks and lovingly refurbished houses.

Situated just below Magnolia Avenue and Downtown Fort Worth, these Near Southside neighborhoods are true gems with deep historic character. Ryan Place and Berkeley Place are currently being revitalized, and the future looks bright indeed. There’s a tangible sense of place and community pride, along with a unique vintage allure that you won’t find anywhere else.

Established in the early 20th century, this area is graced with National Historic Landmarks and lovingly refurbished housesthe oldest in the city. Most residents can walk or bike to the funky coffee shops, gastropubs, and fun boutiques on West Magnolia Avenue.

Elaborate architecture and a highly-engaged community. After a heyday in the 1920s, these neighborhoods fell on hard times during the Great Depression. But residents fought back to re-establish the district’s grandeur and position, hosting events and raising funds for beautification.

This can-do spirit pervades the area with a sense of comradery. You’ll feel it at the neighborhood yard sales, the community garden, and the Fire Station Community Center.

DIY and independent, with excellent walkability. Living so close to West Magnolia Avenue is immensely desirable, with new restaurants and bars seeming to pop up every day. Just a few blocks away is the South Main Street district, another up-and-coming neighborhood that’s currently being developed.

Explore all the trendy new hotspots, and then return to your historic enclave via wide streets and sidewalks lined with beautiful trees and ornamental lights.

Restored historic homes and fixer-uppers, from charming bungalows to venerable mansions. Some date back to the late 1890s, and most were built before 1950. You’ll encounter diverse listings and architectural styles, from Victorian to Mediterranean to minimalist modern. Many are period revival, including Tudor, Georgian, Dutch, and colonial.

Larger homes often have guest cottages, which that were originally intended to be servants’ quarters. While these two-story homes get the most attention, most houses are actually modest one-stories with two or three bedrooms. Basements and detached garages are common. Brick and stucco houses proliferate in Berkeley Place, distinctive designs with multiple gables and steep, pointed roofs.

Beyond the balustrade verandahs and beveled glass doors, there’s a feeling of permanence to these neighborhoods, a depth of character that transcends time. It’s true: they don’t make them like this anymore.